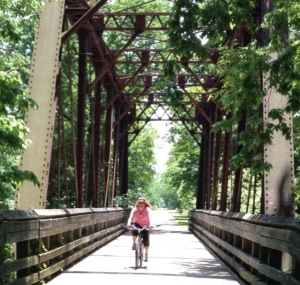 Carried off in waves of love, Christine Pennywitt, 67, of Portsmouth, drifted into the river in the sky on Friday, October 4th, 2019 at the SOMC Hospice Center. She was born October 3, 1952 in Ironton to the late Arville and Gladys Pauline Blackburn Kimbler, Sr.

Christine knew no stranger, danced without music and never sat down for more than a minute, except to bicycle through town or kayak through the creeks. She dedicated her Summer days to boating on the Ohio River with her loving crew at the Shawnee Boat Club, always getting into mischief and working on her tan, which never ceased to fade. A self-appointed doctor, researcher, investigator, and occasional instigator, Christine was selflessly devoted to caring for all those who crossed her path, whether joining a friend on their doctor’s visit or creating a cure-all herself. Devoted mother to four, who each claim to be the favorite, one of ten children, who also claim to be the favorite, and a doting grandmother of four grandbabies who all claim to have the coolest grandmother. Christine reigned as the matriarch of her large family, representing unwavering strength and unyielding determination ‘til her very last breath.

A graduate of Rock Hill High School, she worked in the offices of Dr. John Walker and Dr. David Walker and she was an active member of the James Dickey Post #23 American Legion Auxiliary. Christine loved spending her days with her family and in the outdoors.

In addition to her husband and parents, Christine was also preceded in death by her son, Richard William “Robo” Webb II; and three brothers, Wallace Kimbler and his wife Elsie, Hayes Kimbler and Arville Kimbler, Jr.

Funeral services will be at 11 A.M. Monday at the Ralph F. Scott Funeral Home in Portsmouth with Rev. Steve Harvey officiating and interment in Memorial Burial Park.

The family will receive friends at the funeral home Sunday from 2 to 5 P.M. and one hour prior to services Monday.

To send flowers to the family or plant a tree in memory of Christine (Kimbler) Pennywitt, please visit our floral store.