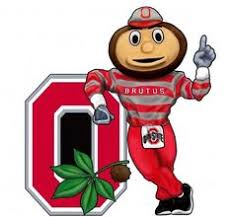 Patrick Curtiss, 74, of Columbus, passed away Wednesday, January 15, 2020 in Westerville. He was born December 31, 1945 in Portsmouth, a son of the late Ralph Orville and Dorothy Mae Mays Curtiss.

Patrick retired after 30 years at G.E. in Worthington where he was a machinist and grinder. He had formerly worked at JC Penney and Empire Detroit Steel Corp. in the Portsmouth area. A 1963 Clay High School graduate, he was a member of the Western Sun Lodge F&AM and was a drag racing enthusiast. He also enjoyed following the Buckeyes, Reds and Bengals.

In addition to his parents, he was also preceded in death by his daughter, Kelly Lynn Curtiss Hoelscher; and siblings, Ralph Michael “Mike” Curtiss and Judy Hall.

Funeral services will be held at noon Monday at the Ralph F. Scott Funeral Home in Portsmouth with Pastor Steve Mann officiating and interment in Sunset Memorial Gardens.

To send flowers to the family or plant a tree in memory of Patrick Curtiss, please visit our floral store.