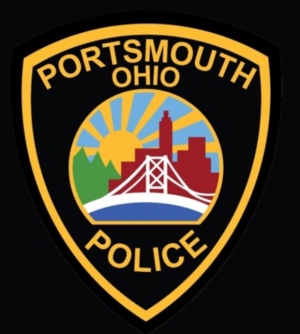 H. David Scott, 87, of Portsmouth, has been reunited with his beloved wife, Mary Ann. David passed away Wednesday, November 16, 2022, at the SOMC Hospice Center surrounded by family. He was born in Portsmouth on March 21, 1935, the eldest son of the late Ralph Frederick and Charlotte Louise Asche Scott.

David retired after serving 26 years with the Portsmouth Police Department where he worked as the Head Desk Sergeant. Following retirement, he returned to his roots in the family business, working at the Ralph F. Scott Funeral Home. He was a Korean War era veteran having served as a medic with the U.S. Air Force. David was a member of Cornerstone United Methodist Church and was a 1954 graduate of Portsmouth High School. He loved to golf with friends and tinker around in his workshop.  David’s great love in the summertime was tending to his vegetable garden. When the Buckeyes were playing, he could be found watching the game with his daughter, Emily.

On December 17, 1960, David married the love of his life, Mary Ann Miers Scott, in Portsmouth and they spent 37 years together before her death on January 21, 1998.

David was also preceded in death by his sister, Rosalind “Rosie” Ann Horn, and her husband, Carl D. Horn.

The family will receive friends at the funeral home Friday from 4 to 6 P.M. and one hour prior to services Saturday.

The flag of the U.S. Air Force will fly at the funeral home in honor of Mr. Scott’s service to our country.

To send flowers to the family or plant a tree in memory of H. David Scott, please visit our floral store.