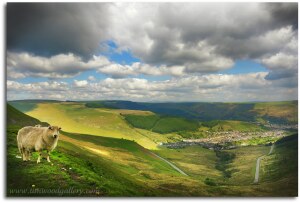 Irene attended secretarial college in Blackpool and the former Portsmouth Interstate Business College in Portsmouth. During World War II, she served as a Lance Corporal in the British Army. Irene and her first husband, Herbert Liddle, moved to the United States in 1953, and Irene retired as a receptionist for Drs. S. Asch and R. Malaya in Portsmouth. She was a former member of the White Shrine and of All Saints Episcopal Church. She had attended Christ’s Community Church and Cornerstone United Methodist Church.

Irene was preceded in death September 19, 1957, by her first husband, Herbert Maurice Liddle, whom she married in Blackpool, England on August 2, 1946, and on January 8, 1993, by her second husband, Everett Lee Eisnaugle, whom she married June 13, 1981 in Portsmouth. In addition, Irene was preceded in death by two daughters, Patricia Irene Liddle and Maureen June Woods; and a brother, Stanley George Powderhill.

Graveside services will be held noon Friday, July 8 at Scioto Burial Park with Dennis Dawes, minister, officiating. Arrangements are under the direction of the Ralph F. Scott Funeral Home in Portsmouth.

The family extends special thanks to the staff of Hill View for the loving care extended to Irene.

To send flowers to the family or plant a tree in memory of Irene Olga Liddle (Powderhill) Eisnaugle, please visit our floral store.

A Memorial Tree was planted for Irene