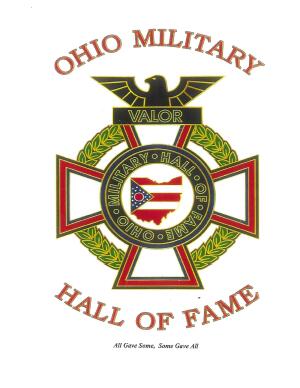 Jim graduated from Portsmouth High School in 1959, and immediately entered into military service. After a three year stint in the US Army in 1959, he reentered into the US Army in 1967. He was deployed to the Vietnam War in January 1968, and was awarded the Silver Star, the Bronze Star Medal - 5, two for valor device, the  Purple Heart, Combat Infantryman Badge, the Air Medal, the Meritorious Service Award with 2 Oak Leaf Clusters , National Defense Service Medal with Bronze Service Star and later, the Legion of Merit.

In August 1991, Redding retired as a Lieutenant Colonel (LTC) from the US Army at Fort Jackson, SC. In October 1997, LTC Redding was appointed as Magistrate for NE Richland County, SC, where he served until he retired in March 2005.

Throughout his service to the state of South Carolina, he was presented with numerous awards. Most notably, in 1985, he was awarded the “Order of the Palmetto” from then-Governor Richard W. Riley.

In 2005, one of his uniforms from the Vietnam War was placed on permanent display in the Smithsonian Museum of American History in Washington, DC. In May of 2010, he was inducted into the Ohio Military Hall of Fame for Valor in Columbus, Ohio.

Preceding him in death on April 4, 2009 was his first wife, Janice Marie Rider Redding, his brothers David and John, and his parents Ken and Doris.

Jim was a self-made man who loved to travel, with trips to Scandinavia, China, Japan, South Korea, Hong Kong and most of Europe. He was most proud of his love for Jesus Christ, his family and the years he served in the US Army. Jim was a graduate of Ohio University and Boston University. A devoted husband, father, grandfather, soldier, teacher and judge, he had many good friends.

In September 2011, he was blessed to marry Cindy Jackson Redding of Columbia, SC, who has two wonderful daughters, Lindsay Radford and Lauren Cazzupe both of Columbia, SC.  Jim was a member of the Palmetto Church of Christ in Columbia, SC and will be buried in Memorial Burial Park in Wheelersburg, Ohio.

He lived as he died, courageously and peacefully at the age of 80.

The flag of the U.S. Army will fly at the funeral home on honor of  LTC  Redding’s service to our country.

Memorial contributions may be made to the Wounded Warriors Project.

To send flowers to the family or plant a tree in memory of James Keith Redding, please visit our floral store.