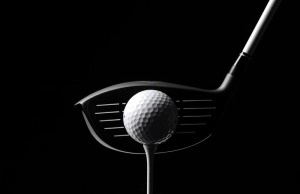 Kerry grew up in Michigan where he enjoyed water sports on Elizabeth Lake and racing speed boats in national competitions with his dad, brother John, and his Uncle Ed Konzer. He attended Waterford High School in Michigan, and went on to attend Eastern Michigan University where he was a standout track and football athlete.  He was inducted into the Eastern Michigan University Football Hall of Fame in 1995.  He set the EMU single-season scoring record in football with 90 points in 1957, and served as captain of the track team. After graduation, he was a teacher and coach at Howell High School in Howell, Michigan for one year, and then taught History and coached football and track at Monroe High School in Monroe, Michigan for three years.

Kerry moved to Portsmouth in 1962, and began his business career at Mitchellace, Inc.  He was Chairman and CEO of Mitchellace until he retired in 2003, Chairman of Mat World, Inc. and Barbour Auto Parts, Inc., where he worked with his three sons for over 20 years. During his years in Portsmouth, he served on various boards including Portsmouth Bank (later Star Bank/US Bank), Bank One, Mercy Hospital, U.S. Health of Columbus, and was the first Chairman of Southern Ohio Medical Center. He had been active in the Portsmouth Rotary Club since 1964, Past President of Rotary, and a Paul Harris Fellow. In 1988, he was awarded the Portsmouth Area Distinguished Citizen of the Year Award and the Southeastern Ohio Regional Council Person of the Year Award.

He was a huge Michigan football and basketball fan, and he loved the game of golf which he played for over 30 years with his good friends Drs. Joe Gohman, Fred Gohman and Dave Hanzel, and Mr. Paul Soltis. He had a hole-in-one at The Elks Country Club and at the Valhalla Golf Club. He was also a pilot, served as President for the Scioto County Airport Authority, and played a large part in the development project of the Greater Portsmouth Regional Airport.

In addition to his parents, he was preceded in death by his brother, John Keating; his Uncle Ed Konzer, whom he considered a brother; and his daughter-in-law, Amy Keating.

Kerry’s funeral service will be held Tuesday at 12:00 Noon at the Ralph F. Scott Funeral Home in Portsmouth with Dennis Dawes, Minister, officiating. Interment will be in Greenlawn Cemetery.

Visitation for family and friends will be held Monday from 4 to 7 P.M. and one hour prior to the funeral service.

A special thank you to Tim Huff and all his staff at Ayden Healthcare of Rosemount Pavilion, SOMC Hospice and Dawn and Ralph Scott for their care and compassion.

In lieu of flowers, donations can be made to SOMC Hospice, 2201-25th St. Portsmouth, OH 45662, Alzheimer’s Association at alz.org or a charity of your choice in his memory.

May his soul rest in peace.

To send flowers to the family or plant a tree in memory of Kerry Wynne Keating, please visit our floral store.