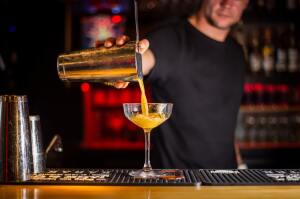 Lowell Edward McLaughlin, known to everyone as Mouse, 84, of Friendship, passed away Saturday, November 28, 2020 at BridgePort 360 Health Care in Portsmouth. He was born January 7, 1936 in Portsmouth, a son of the late Pauline Charlotte Hazelbaker Stiff and Edward Ray McLaughlin.

Mouse was retired after 31 years as a meter reader for Columbia Gas Company and the Ohio Department of Natural Resources where he worked at the Shawnee Marina and Shawnee State Park.  An avid walker, and a man who never met a stranger, he loved to work – he was a bartender at the former Harold’s restaurant for 15 years, worked as a private event bartender for many years, and as a janitor for many businesses including the former Jewish Synagogue in Portsmouth for 30 years. Mouse was a member of the Portsmouth High School Class of 1954.

Surviving is his wife of 55 years, Shirley A. Veach McLaughlin, whom he met at his first job at B&B Loan where he worked for ten years. The couple were married August 21, 1965 in Portsmouth. Also surviving are a son, Jerry D. McLaughlin, MD of San Miguel, Mexico; a daughter, Cassie A. McLaughlin of West Union; two grandchildren, Madison Monet McLaughlin and Austin Hendrickson, both of Portsmouth.

In addition to his parents, he was also preceded in death by his stepfather, Kearney Davis Stiff.

At his request, there are to be no services. Arrangements are under the direction of the Ralph F. Scott Funeral Home in Portsmouth.

In lieu of flowers, memorial contributions may be made to Sierra’s Haven for New & Used Pets, 80 Easter Dr., Portsmouth, OH 45662.

Mouse's goal in life was to make people laugh, and he would want you to live your life by the motto in which he lived his. He always told his friends and family that “Life is too short to live one day in a bad mood.”

To send flowers to the family or plant a tree in memory of "Mouse" Lowell Edward McLaughlin, please visit our floral store.

No services to be held