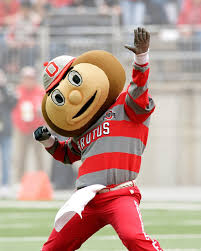 Patricia O. “Pat” Snyder, 94, a longtime Portsmouth resident, passed away Friday, September 2, 2022, at Randall House of Wheelersburg. She was born February 23, 1928, in Portsmouth, a daughter of the late Herbert J. and Nellie Martin Yuenger.

Pat was a 1945 Portsmouth High School graduate and of the Protestant faith. While she was primarily a homemaker, she had also worked as secretary of the nursing office at the former Scioto Memorial Hospital. She enjoyed following the Cincinnati Reds and OSU Buckeyes and she was able to achieve her dream of attending a Rose Bowl game and parade, with the Buckeyes as the winning team. Most of all, Pat loved spending time with her family, grandchildren and their growing families.

There are to be no services. Arrangements are under the direction of the Ralph F. Scott Funeral Home in Portsmouth.

Memorial contributions may be made to Sierra’s Haven for New & Used Pets, 80 Easter Dr., Portsmouth, OH 45662.

To send flowers to the family or plant a tree in memory of Patricia "Pat" O. (Yuenger) Snyder, please visit our floral store.

No services to be held