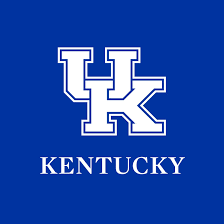 A 2006 graduate of Portsmouth Notre Dame High School, Russell earned a Bachelor of Arts in Psychology from Shawnee State University. He was currently working toward a Master of Public Health degree at the University of Kentucky, where he began working as a Research Analyst in 2018. Russell received a Behavioral Science Staff Award and was a dedicated member of his work team, consistently going above and beyond what was expected of him. He recently accepted the position of Administrative Research Assistant Principle at the Center on Drug and Alcohol Research, UK College of Medicine.

He was a mystery to many. Quiet and thoughtful around some, boisterous and opinionated around others. Each time he opened his mouth to speak, people listened. Russell’s talents ranged from cooking and baking, to trivia of the most obscure kind. His love of classic film and award shows was infectious, and began a tradition that will long be carried on by his family.

He was preceded in death by his father, Russ Lewis, Jr., who welcomed him home with open arms.

A Memorial Service will be planned at a later date under the direction of the Ralph F. Scott Funeral Home in Portsmouth.

To send flowers to the family or plant a tree in memory of Russell Hoerle Lewis III, please visit our floral store.

A Memorial Tree was planted for Russell