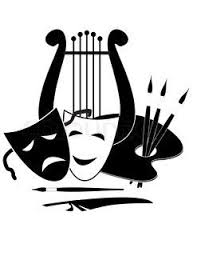 Glenda Louise Willis, 77, of Portsmouth, passed away Tuesday, March 24, 2020 at Concord Health & Rehabilitation Center in Wheelersburg. She was born January 15, 1943 in Gadsden, AL, a daughter of the late Alonzo Glenn and Bessie Freda Wineka Willis.

Glenda was active behind the scenes in the local arts for many years. She served as Treasurer for the Portsmouth High School Band of Tomorrow Band Boosters in the late 1980s. As President of the Board of Directors for The Portsmouth Little Theatre for several years, Glenda was a leader in renovating the Lawson Street theatre, including the installation of all new seating in the mid-1990s. At PLT, Glenda also directed several shows, receiving two Marlowe Awards for Best Director. She shared a deep love of theatre and music with her family.

In recent years, Glenda adored helping with costumes as she could and watching her grandchildren perform in the Portsmouth Area Children’s Theatre, Portsmouth West Marching Band and Portsmouth West Advanced Choir.

Surviving are her son and daughter-in-law, Jay and Brenda Willis of Portsmouth; a sister, Barbara (Leon) McGlone of Shalimar, FL; and two grandchildren, Jordan and Taran Willis.

In addition to her parents, she was also preceded in death by two sisters, Carolyn Sue “Susie” Schmidt and Janet Metzler.

A Celebration of Life will be held at a later date under the direction of the Ralph F. Scott Funeral Home in Portsmouth.

To send flowers to the family or plant a tree in memory of Glenda Louise Willis, please visit our floral store.

Family to do services at later date